Live results as they happen

The Fencing North Calendar will follow as soon as Venue bookings have been made.

Please note of course that due to the with COVID-19 this may be amended throughout the year.

Temporary Changes to the FN Executive 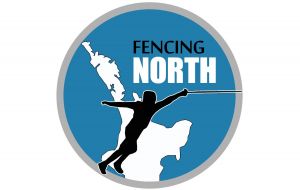 As I trust everyone knows by now, Mark Rance has stepped down as President of FeNZ to deal with a health issue, and I have been selected by the FeNZ Board to fill his role temporarily.  I’m doing so until Mark returns, or until the March FeNZ AGM – whichever comes first.  At this point it is solely filling a temporary gap.

The Fencing North Executive and I agree though that I can’t hold down both the FeNZ and FN roles simultaneously as it would be a clear Conflict of Interest.

As the Fencing North AGM is coming up on the 30th Nov, the Vice President (Sunnie) will assume the reins and chair the remaining meeting(s) over the next couple of months.

Sunnie has the full support of the Executive in this, and I ask that everyone do all you can to assist.

I will continue to attend meetings on behalf of SJL and am happy to offer my her my support as well.

A new President will then need to be elected at the AGM.

HUGE thanks to everyone for your help over the last couple of years – it’s been a very cool ride and I think that, despite the issues of Covid, Fencing North is moving forward and has a bright future.

I’ll still be around and involved obviously, and look forward to standing for the role again in future if you’ll have me.

Please see the below from FeNZ:

Mark has done a great job as President of FeNZ for a number of years and we wish him well in his recovery.