As I hope everyone knows, tonight is the FeNZ AGM at 7.00pm via SKYPE.
https://www.fencing.org.nz/news/190-fencing-nz-annual-general-meeting
Anyone wishing to join physically is most welcome at my place - 41 Chamari Cl, Titirangi, 0604, or alternatively email me at This email address is being protected from spambots. You need JavaScript enabled to view it. and I'll send you a SKPE link.
David
Published in News
Saturday, 13 March 2021 14:37

The dates and event details for the Oceanic / NZ Championship Junior (10 - 12 September 201) and Senior (23 - 25 October 2021) have been confirmed by the New Zealand and the Oceanic Fencing governing bodies.

See all the event details by going to the tournament links in the Fencing North Tournament Calendar.

NB The Oceanic status of these events will only apply if travel between Oceania member countries is allowed. This will be determined closer to the date of each Championship.

Whether the National (New Zealand) aspect of these championships can proceed will then depend on the Covid alert levels that apply, and will be decided upon by Fencing New Zealand.

This notice aimed at School coaches and beginner secondary school fencers only.

This is to let you know that the Fencing North Secondary Schools Beginners tournament will take place at Trust Arena, Henderson on Sunday 28 March 2021.

This is a competition for beginner fencers in secondary schools.  There will be no age groups.

You will find all of the details and can enter at https://www.registernow.com.au/secure/Register.aspx?E=42993.

Please read all the initial information and then click the green 'continue' button and then fill out the registration information.

If you have any questions, please email fencingnorth.tournaments@gmail.com 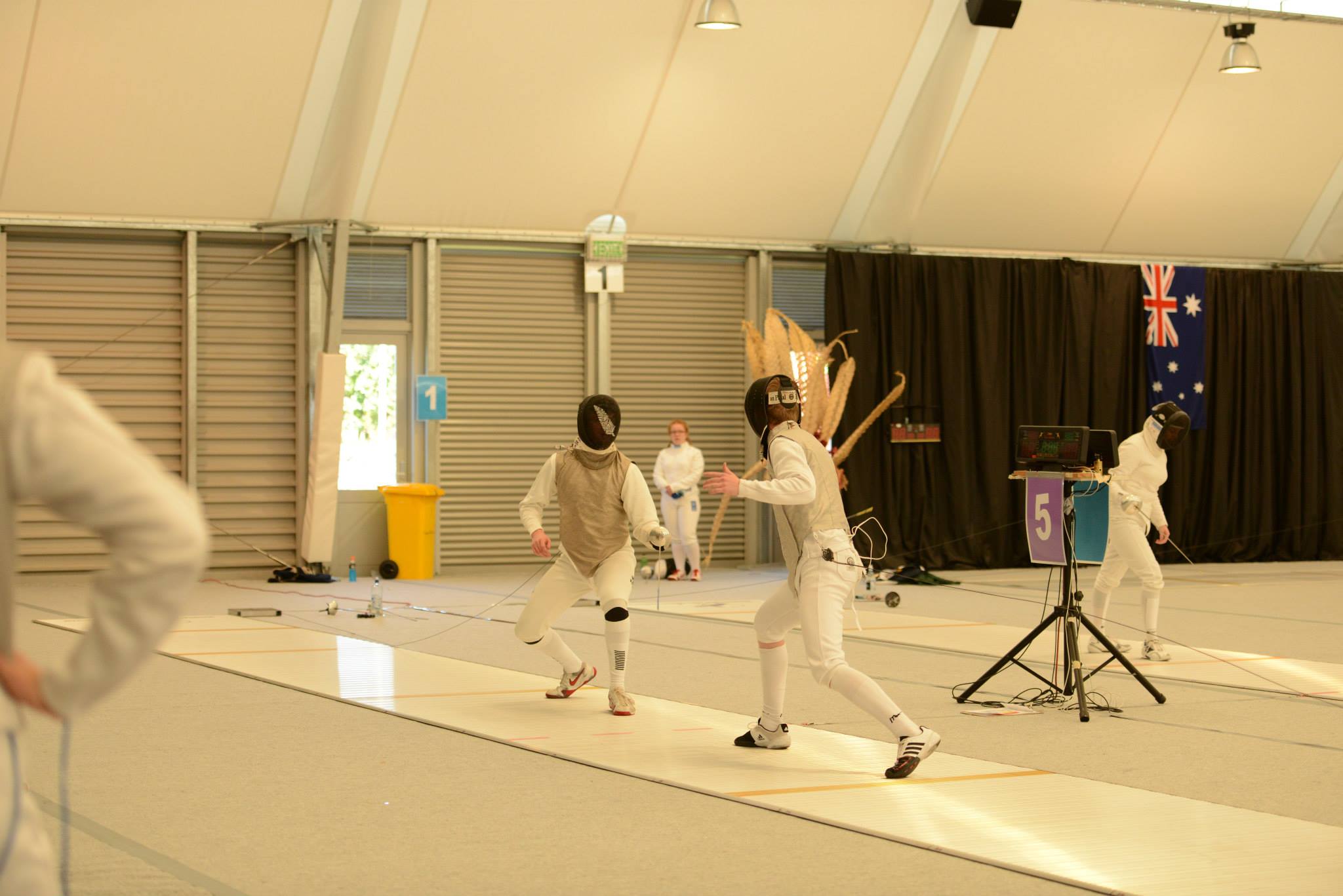 As you’ll be aware standard entries for the Ongley closed last night.

FYI due to the limited number of entries, the Foil and Sabre will be run as mixed events as scheduled.

The Ongley Memorial Open tournament  is coming up on Saturday, 20 March 2021.  It will be at Trusts Arena, Henderson.

It will go ahead if Auckland is at Level 1, which at this stage looks promising.  Entry fees will be refunded if the event has to be cancelled.

All of the details for the tournament and the link for registration can be found here: 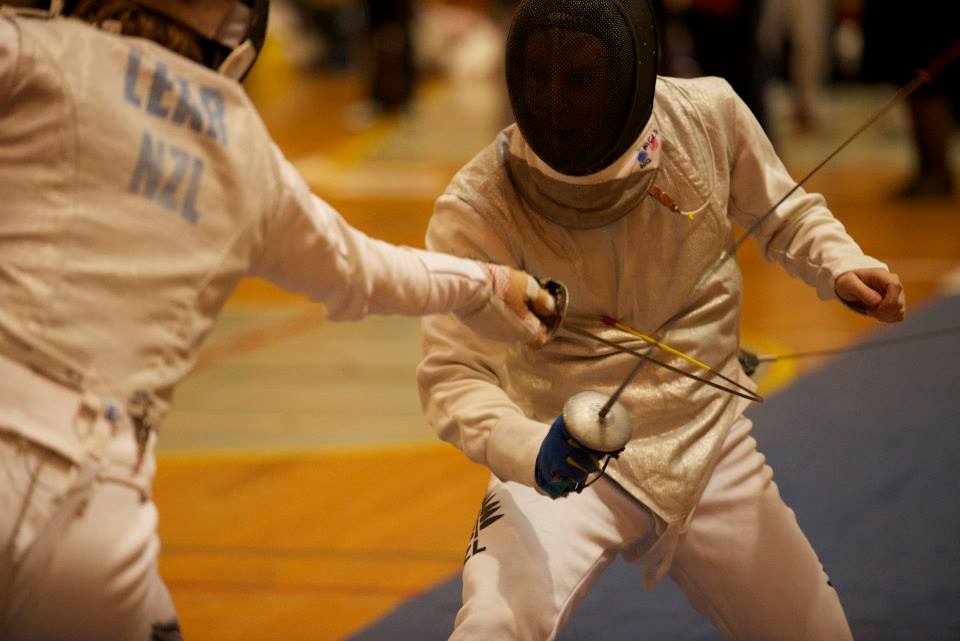 This is an open event so you do not need to be a university student to attend!

Heaps of spot prizes to give away and chocolate easter bunny prizes.

As this is not a FeNZ event, you do not need to be affiliated. You can also pay later so sign up now commitment-free!

Training for Fencing at Home

TRAINING FOR FENCING AT HOME

There are plenty of helpful training videos for fencing available over the internet.

Here are a few that seem quite helpful

There are a number of other Fencer’s Edge video for blade work and specialist topic presentations:  Fencer's Edge - YouTube

This site provides an excellent variety of training sessions and seminars which focus on various topics.

This site provides a number of on line lessons which were created by the French Fencing Federation during the Covid lockdowns in 2020.  Some are in English.  Not all are good, but some are excellent.

Background by David Elder – Strong desire for permanent venue.  Approach by Auckland Swords.  Rhys Greensill gave a presentation on findings at last FN Committee meeting.  Few attended.  Looking for buy-in from entire fencing community one way or the other.  No ‘secret deals’.  Decision made to repeat the presentation to achieve that.  This meeting convened for that purpose.

Presentation by Rhys Greensill via Powerpoint.- Dedicated Centre for Fencing North.  An enthusiastic parent.  Other sports involved in have had similar pathways (football, footsal, curling).  Good experience in fund raising.  Made sense for FN to ask him to explore feasibility, assisted by Peter Butler.  Merely exploratory pulling together various ideas and seeing whether there is interest in taking this further.

Slide – Page 1.   Theme is that a venue is a key plank to growing the sport.

Slide – Page 11.  Need at least 2 clubs using that space during the week to make it viable.

Club revenue – what would this potentially involve? – Answer – Possible charging of $75 per hour.

Has thought been given to fit-out costs? – Answer - Yes – Not in the budget, but many landlords will fund some level of fit out.  There may also be grants available for this.

Revenue – Answer – There would be an aim at obtaining the same level of funding from charities etc.  Currently around $60k per year, largely pushed towards pistes.  There may be options with various regional sporting organisations.  Some charities are specifically there to support venues.

School use – Answer – You can use the venue for school competitions.  Schools will travel and pay but you need to provide a complete package.  Not all schools have the numbers or equipment to support their own individual offering – Allows some schools to group resources.

Use by clubs of the space – Answer – The answer to this will depend on who is supportive and what venues are actually available.

Could the facility be shared?  Answer – Yes, but this will depend on what the venue looks like.

First question is whether we want to proceed.

Katie Logan advised NZ Academy of Fencing views.  Referenced what Melbourne Clubs did in the 1980s.  This was a boost for fencing in that city.  The problem raised is that it needs quite a bit of dedicated management, especially if you are sub-letting and sharing.  Fencing North has a high turnover of executives.  Is there sufficient people resource?  May be more feasible to be run by a club.  There is a risk around leases (2020 being an example of that).  Comment from Rhys Greensill– There is a risk vs return.  All comes down to what Fencing North wants to be doing going forward.

Maja Saran – Commented on tournament use.  A smaller version does not make any sense as it would require hiring other facilities for larger tournaments and it is there where much cost goes / revenue possibilities lost.  A larger venue could be used for an FIE competition.  There is a need to come together.  There are risks but there are ways of achieve this.

Peter Butler – There is a general willingness to try and take the sport forward and find a permanent venue.  Auckland Swords has been looking for a number of years.  The first fundamental is to secure the sources of revenue (club revenue and tournament revenue).  There needs to be some agreed structure.  Do we create a separate entity?  The first priority is to come up with a model that everyone is comfortable with.

Answer – The legal structure will be important but we cannot prescribe what that looks like.   This will likely be dictated by the venue.  Much will flow from that.

Kyle MacDonald – What do we need to do now to move this forward?   Not keen on clubs sharing on the one night.  Clubs all depend on the coaches and they need to be included in the discussion.  Answer – The first thing is to go get agreement to pursue the concept.

Kyle Nankervill – Unlikely to be useful to his club.  Queries whether Fencing North is structurally ready for this.  A permanent venue may distract a lot of time and resource.  Fencing North may not support the wider community.  Concern around professionalism of the sport.

Matt Houtman – Even less likely to benefit them.   Sees the need to have some consideration to how fringe clubs can be supported.  Possibly a matter for a future meeting.

How has a venue benefitted Christchurch / Dunedin? -  Comment - Christchurch is small and has been limited post-earthquake in having to share a venue with Seido Karate.  Dunedin is equally small.  It has not necessarily driven greater numbers.  Thus planning is key.

All voted in favour.

Motion (David Elder):  That the above be furthered through leasing premises.

All voted in favour save for Kyle Nankerville and Mary Black abstaining.

Peter Butler suggested that information be gathered from clubs.  Agreed that clubs needs to do their homework so that they can feed into venue options.  Discussed that a Q&A could be sent to clubs so that relevant information / responses around need etc. could be gathered.

Motion (David Elder) That Rhys Greensill and Peter Butler be the co-opted sub-committee to continue this project.  Their reporting line to be back to the Fencing North Committee.  First report to be the end-March 2021 meeting.

All voted in favour save for Kyle Nankerville who had concerns about club consultation.  He abstained.  This was discussed.  Noted that the sub-committee is merely designed to facilitate the further work.

Consideration was given to sub-committee work.  One suggestion was that all clubs discuss the requirements list (Maja to do this for Fencing North), and report the club views on these matters into to the sub-committee by 22 March 2021.  Clubs also to report in what areas would work for them.  One suggestion being a google doc which all clubs can share.

General Business:  Rhys Greensill noted the need to demonstrate use of pistes to Auckland Council who had provided funding.   Clubs to support that initiative.

Hanna Choi raised the need to possibly change the wording around mixed events.

The Ongley Memorial Open tournament  is coming up on Saturday, 20 March 2021.  It will be at Trusts Arena, Henderson.

It will go ahead if Auckland is at Level 1, which at this stage looks promising.  Entry fees will be refunded if the event has to be cancelled.

All of the details for the tournament and the link for registration can be found here: