Confirmation of the Previous Minutes: Katie proposed that the minutes from September be accepted. David seconded. Motion carried.

Matters Arising: There were no matters arising from the previous minutes.

Health and Safety: There were no incidents to report this month.

The committee discussed methods for preventing such losses in the future. There was agreement that while an increase in fees may be necessary, Fencing North would strongly prefer to keep the sport affordable for our competitors, especially younger fencers. We will instead attempt to tackle these issues by focusing on reducing operational costs and fundraising. Murray suggested that Fencing North prepare a budget for the 2020 competitions so that we can make financial decisions on a firmer basis; Sam agreed to work on this.

Competitions: The last Fencing North competition of the year was North Opens, held on the 12th of October.

Tournament Organisation: A very well-attended meeting was held earlier this month to discuss the organisation of tournaments for 2020. One key result of this meeting was recognition of the need for a person or group responsible for running tournaments. The committee discussed what structure would be best for long-term and efficient running of tournaments.

One key option that was discussed was that a new position on the Fencing North executive be created: the Head of Tournaments. This would be an appointed position with voting rights on the Fencing North committee, who would have responsibility for managing Fencing North regional and national tournaments (e.g. putting together a team of organisers and officials, communicating with the NZ Fencing Officiating Commission, monitoring equipment, etc).

Katie proposed that at the upcoming AGM (1st December) an amendment to the constitution be tabled, with the effect of creating the Head of Tournaments position as described above. Amanda seconded. Motion carried.

There was also a suggestion that the Vice President role be altered such that they explicitly have some responsibility for competitions.

Tournament Calendar: David reported that Mark Rance has proposed a national tournament calendar to the FeNZ board, which should be finalised and released on the Fencing New Zealand website soon.

FeNZ News: Amanda and David reported that FeNZ had agreed to raise its competitive affiliation fee to $55 next year, but keep the social and novice affiliations as free tiers.

Referee Development: David announced that he had organised a referee development course alongside Fencing North’s qualified referees. The course is designed to act as a qualification for experienced referees so that they can act as officials at national events. This would make Fencing North more self-sufficient and save on the significant costs of flying in officials from other regions. However, he noted that we have not yet secured the agreement of the Officiating Commission that this qualification will be accepted.

Fundraising Projects: David sought the approval of the committee to embark on a number of fundraising projects, which are as follows:

David proposed that Fencing North seek funding to establish a permanent venue in the Auckland region, for use by Fencing North and associated clubs for training and the running of tournaments. Katie seconded. Motion carried.

David proposed that Fencing North seek funding for the purchase of four sectional metal pistes and four material pistes, in order to replace our current worn-out pistes and increase the number of pistes available for the running of tournaments. Katie seconded. Motion carried.

David proposed that Fencing North seek funding for an advanced scoring box with bluetooth, so that Fencing North may meet the the Fencing New Zealand standards for the running of national and international tournaments. Katie seconded. Motion carried.

David proposed that Fencing North seek funding to cover some of our tournament operational costs, including hall hire and other expenses. Katie seconded. Motion carried.

Congratulations: Fencing North would like to congratulate all of its fencers who competed in Open Nationals this month. In particular, congratulations to our North regional teams, who were very successful overall.

The world of Fencing needs you!

We have a big shortage of qualified referees here in the North region, and we’re committed to sorting it out.

So here’s a chance for you to hone your skills and make a difference!

Fencing North are holding a series of Refereeing Development Workshops across the summer break, designed to take referees with some club or tournament experience and teach you everything you need to be one of the best.

Acclaimed International and National referees Anya Kamynina and Neil Young will be running these FIE rules based practical workshops at Auckland Swords on a Wednesday night once each month, starting at 7.00pm on Wednesday 13th November.

Throughout the series you’ll be observed / coached while refereeing bouts, and then ultimately have an opportunity to sit an FIE based assessment.

This could be your chance to hit the world stage like some other well-known Kiwis have before you.

Get into it and be the change you want to see in our sport!

Email This email address is being protected from spambots. You need JavaScript enabled to view it. to register. 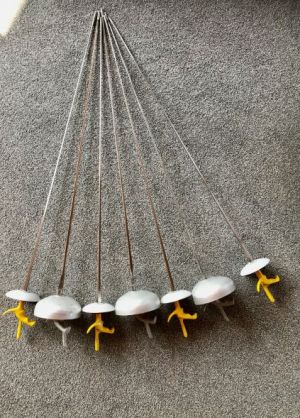 Either ask on the day or contact This email address is being protected from spambots. You need JavaScript enabled to view it. to book